It’s been a few days without any kind of electronic access so we have a lot of catching up to do. Last post we were in Grande Prairie BC and I was complaining about how disappointed I was in the oil and gas field development in the area. We were up and out fairly early on June 7th (for us) and on the road by 0730. This was the sight going out to the oil fields as we were headed into town.

I am sure the oil and gas business is good for the local economy but the roads and environment take a beating.

The trip from Grande Prairie to Dawson Creek was uneventful and we crossed from Alberta to BC with no fanfare and another change in time zones. We stopped at the Walmart in Dawson Creek for a few supplies and then decided we would make the run up the Alaska Highway to Fort Nelson. We knew it would be a long day and sure enough, 400 plus miles later we were at Fort Nelson and quickly decided to go a bit farther to Tetsa River Lodge and Campground, one of the stops on my bucket list because of their famous cinnamon buns (I know, crazy but true).

Kim at the Alaska Highway Information Center gave a couple of tips on things not to miss on our trip north.

We continued on toward Fort Nelson. Along the way there was plenty of evidence of the frequent forest fires along the highway.

After we left Tetsa River the topography finally began to change and we left miles and miles of trees behind. It started to feel “big” like we thought things should feel on a journey to Alaska. 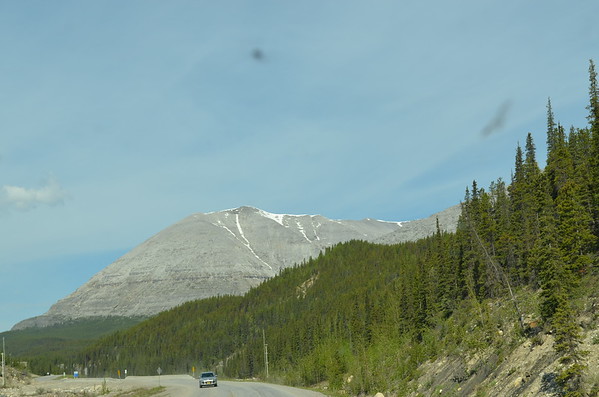 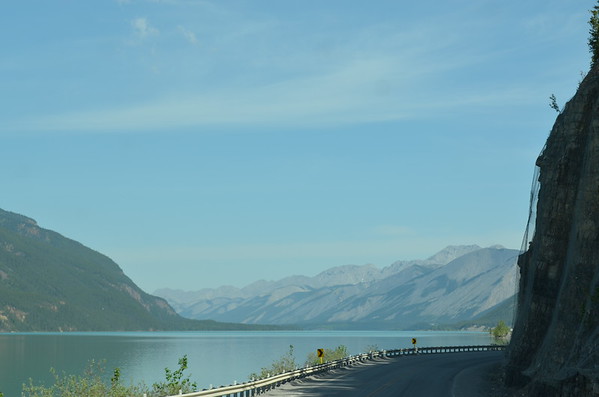 We are spending the night at Watson Lake, dry camping in a provincial park. Watson Lake is also home to another famous oddity of the highway north, the signpost forest.

This is probably our last post until we get to Fairbanks since there is no cell or wifi service along much of our route north. So don’t be concerned, we’ll be back as time and technology allow. Until then…